With the South by Southwest conference in fully swing in Austin, there will be a spike in interest for downtown real estate from exhibitors and attendees alike. With each passing year and the growth of Austin and the SxSW festival there is always a buzz from people about how they’d love to live in Austin. That sentiment is certainly not surprising as Austin and the surrounding areas are an amazing place to settle with an abundance of wonderful real estate and new high-rises to fit nearly any taste and budget. Unfortunately transplants to the downtown Austin area (and their Realtors) are almost always focused on the shiny new buildings and developments leaving some of the most established and lovely older developments largely ignored.

Some of the original purpose built residential condos and older conversion projects offer the best values and have much larger standard units than are typically found in new construction.

We’ve taken a little time to list a few of the great condo buildings that deserve some thought and attention to anyone considering Austin as their new home as well as a selection of images for each development.

Pros: As one of the first purpose built central downtown buildings, The Plaza has all of the modern amenities you’d expect such as a roof top swimming pool, concierge lobby, gated parking, and tall ceilings. While many of the units have been renovated and modified to be more traditional in style, the original construction was very loft with concrete and exposed duct work.

Cons: The premium views to the lake are going to be blocked with a new hotel (Hotel ZaZa) immediately opposite the building with only an alley separating the two buildings. This construction has created quite a bit of news and contention in the downtown neighborhood.

Pros: The development sits within the Hilton Austin hotel and most have great unobstructed views. Even though the property shares the hotel footprint, there is a private (and gorgeous) resident lobby with resident only elevators, private resident only garages as well as concierge services. The unit owners can make use of the Hilton spa, gym and pool (for an additional fee) and can enjoy the amenities of the hotel bars, restaurants and room service. The units are on average substantially larger than many of the newly built condo buildings.

Cons: While sharing the hotel amenities is wonderful, this concept was unique when the building was constructed and growing pains existed. In addition, the residents must also deal with the hotel guests. While this isn’t often a problem there is sometimes conflict with entry to the hotel and the wandering or curious hotel guest finding their way to the lobby or parking garage. Additionally, the lower floors of the Five Fifty Five are sandwiched between hotel rooms above and building services below. Generally this isn’t a problem for owners, but there have been some well publicized legal issues by a few residents complaining about noise from the hotel. The Hilton and developers have worked through many of the issues.

Cons: Many ground floor units have now converted into commercial space. While this isn’t necessarily bad, it has taken away some of the charm of the loft development.

Is it Art or is it Furniture? 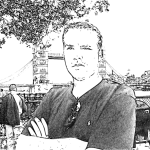 Phil loves beautiful things! In nearly 15 years, he started several successful high end home goods companies and sold them when the time was right. Coming from a background of e-commerce and product selection for the luxury home goods market, Phil has chosen to use his eye for amazing things and share them with the world. Now Phil exclusively works with Best Of Modern Design to locate some of the most interesting products, designs, and artisans to feature. In his spare time, Phil travels to places to experience local food, drink and customs. He’s been to more than 15 countries and a half a dozen islands.