In an attempt to bring back greenery to the areas near volcano Hekla, Studio Granda has finished the construction of Garður Landhome, that is meant to be the headquartes for the ambitious landscape project.

The Hekla is an active volcano, and periodically sends smoke and ash into the air. This ash falls upon the surface of the earth near the volcano, and eventually reduces the posibility of seeing any plants growing on their own. The goal of the landscape project is to sow native plants in the area, so they can help retrieve the fertility that was lost due to so many years of ashes falling on the ground.

Implementation of the house in its context

Garður is a town located in southwestern Iceland, in the municipality that holds the same name. It’s an important fishing center and the place is known not only for the nearby volcano Hekla but also for its many lighthouses, one of them being used (until recently) as an observation and research centre for migrating birds.

Earthen berms are a common sight in Garður, since they were erected in ancient times to mark the boundaries between properties. This means that the earthen berms used to shelter the Garður Landhome represent (as all the others do) part of the architectural history of the town and maybe, the rest of Iceland.

Near the volcano Hekla is also the course of the Ytri Rangá river, on whose east bank is located the Garður Landhome. The house is ‘buried’ between two earthen berms. This provides protection from the elements (harsh wind, insolation, even the very ash that comes from the Hekla), and also represents a way to give the landscape the respect it deserves.

The berms follow an east-west direction, leaving a narrow space between them where the house is located, leaving the glass walls to the west and east facades and its ends following a north-south direction, burying themselves into the berms. The selection of this location is not only advantageous due to the natural protection offered by the earthen berms, but also because the glass walls that face east and west respectively, can receive as much light and warm from the sun as they can get, being the sunrise and the sunset the best times to enjoy the spectacular view of the landscape and a constant reminder of the purpose of this landscape project in Garður.

The structure of the house consists of a concrete arch built in-situ, that supports itself onto each one of the berms. Underneath it, there are wooden frames that hold the glass panels in place and separate the inside from the outside, and of course, the inner spaces of the house such as the kitchen, the living area, two bedrooms, one bathroom and a storage room that can probably be used for other purposes.

The house is originally meant to be inhabited by three people who will be workig on the landscape project, planting native saplings in the area around the house and near the volcano. The main space is reserved for the living room and the open kitchen and dining area, leaving each end of the house to the bedrooms and the services. This way, the public areas can enjoy the view of the landscape, and the bedrooms can enjoy the much needed privacy.

Studio Granda is a Reykjavik-based architecture firm that was established in 1987. It is known for following a line of work that aims to show a complete respect for the traditional construction materials of the country: timber, stone and sheet metal. This premise, combined with a great sensitivity for each context in which they build, contribute to create unique projects that fit in their context and their context alone.

How do they manage to create such simple yet powerful buildings like this house, for example? They sustain that, even when humans have evolved as species and have developed new and different technologies with each century, their basic physical needs remain the same, unchanged by thousands of years of technological evolution. Each project designed by the firm tries to reach to those basic needs, fulfilling them with the materials used by their ancestors and the technical advances that we can enjoy nowadays.

Their design process follows a deep understanding of the elements of each place, so they can provide the architects with the clues and the patterns they need to design each one of their creations. Their main goal in each project is to succesfully combine building elements and practicality to express the source energy of each place in the spaces they design, always being aware of the fact that a building is no more or less than the embodiment of a process of constant evolution, both in architecture and in human perception. 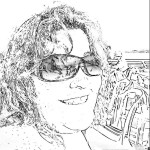 Margaret LOVES interior design, website design and social media. While not formally trained in the design industry her amazing taste is genetic. Coming from a family of ship builders, Margaret was around the extensive process of designing the interiors of beautiful Yachts her entire life. Now she works with Best Of Modern Design doing website work, helping select products to feature and contributing to content writing whenever she has the spare time.